The Presence LDN perform their debut gig, at the Garage, Highbury. Richard Keith Wolff photojournalist snatches some time with the veteran rocker the lead singer of the band Stephen W Parsons, aka SNIPS, with a few questions.

RICHARD KEITH WOLFF: Firstly, how did you get into the music business?

STEPHEN 'SNIPS' PARSONS: In 1966 I knew all the soul hits and my chum was a drummer in a 'square' band that needed livening up. Full of spurious confidence I told them that I didn't need to rehearse and instructed them to learn the repertoire (Midnight Hour, Knock on Wood etc.) from records and that I would join them on stage and perform. Surprisingly the audience loved it and I have never looked back.

RIC: In your incarnation as, Snips, was your time (starting in 1972) in the SHARKS band a productive experience for you?

SNIPS: After years in Garage Bands The Sharks was my chance to play with the big boys. I learned a lot in a short time. My only regret is that the band's albums were nowhere near the verve and dynamism of the live shows.

RIC: Sharks were signed to Island Records in 1973 and promoted as a Supergroup, indeed travelling in a Pontiac Le Mans, car customised as the 'Sharkmobile' with shark’s teeth and fin (can be seen on the back cover of "First Water" Sharks debut LP). What was it like working with the innovative producer manager Christopher Blackwell the founder of Island Records?

SNIPS: Chris Blackwell - a great man but not for Sharks.

RIC: When you were with Ginger Baker (former Cream drummer) from 1975, as a lead singer, again aka Mr. Snips, in his band, 'Baker Gurvitz Army', you worked on the second album, "Elysium Encounter", and on for the third, "Hearts On Fire", and also when the band broke up you stayed with Ginger for another year, mostly working with African musicians and recording the album "Ginger Baker and Friends". What was that like, what was that all about?

SNIPS: Playing with Ginger expanded my percussive horizons in ways that I am still discovering. The drum is always the key for me.

RIC: Who are your favourite musicians that you have collaborated with?

RIC: As well as being performer you have composed some impressive film and television music, even music for commercials. What is the music you are most proud of in this part of your encyclopaedic music career?

SNIPS: I do have favourite pieces and, thanks to You Tube, I sometimes hear things I'd completely forgotten. I recently watched an animated documentary made in the nineties by Paul Vester "Abductees" and the music really got to me. When I did it I was just trying to get the technical aspect right so I was surprised at its emotional power.

RIC: That was a fascinating and unusual animated film. On the other hand with regard to your albums!

SNIPS: As a 'Rock Guy' I like the King Mob album best because it was recorded quickly and retains a curious electricity.

RIC: What is your key influence?

RIC: You are passionate about comic art, does this have an influence on your sleeve designs and the bands presentation?

SNIPS: You are what you eat and I have eaten a lot of comic books.

RIC: You are heading up, The Presence LDN, which has a formidable group of musicians. Band members apart from your self include, Chris Spedding legendary guitarist, Sixteen guitar, Toshi Ogawa on bass from Japan, Gene Clark percussion from Australia, Miri May vocals and dance from Spain. How did you all come together? What does each have to offer the whole?

SNIPS: I am a little unorthodox in my approach and I hate discussing musical matters, so I prefer band members who can read my thoughts and gestures. The current line up fits the bill.

RIC What does the LDN stand for?

SNIPS: London. We needed something to distinguish us from all of the other types of 'presence' you can Google.

RKW: It was not so very long ago that you were lead singer songwriter in KING MOB a group that gave a fantastic stage performance experience, so why mess with that chemistry, why the change? Or is it a name change?

SNIPS: I quickly discovered that the media was not receptive to a rocking veterans outfit making completely new music so I dismantled the band and replaced it with something a little more soulful and dance friendly. The ex-King Mob members are always on hand to add their distinctive touches to the material. The Presence LDN is really my dream baby; an unusual blend of innocence and experience.

RIC: You give a high energy performance, how on earth do you maintain that level of fitness?

SNIPS: I don't do any fitness regimes but as soon as I play music I become charged with a curious energy and can dance until my arse falls off (hopefully that won't actually happen).

RIC: What is the question I should have asked?!!!!!

SNIPS: The question you should have asked is 'Why?' and the answer is, of course, 'I have no idea'.

Steve ‘ Mr Snips’ Parsons smiles enigmatically, before going on stage with his band PRESENCE LDN, in a Rock 'n' Soul sound explosion that blows the audience into another music zone, at The Garage. Highbury & Islington, London, UK, 23 October 2013

UPDATE Breaking News:
In Summer 2016 SHARKS (Sharks Band UK) reformed with two key original members Chris Spedding guitar and Steve Parsons singer. They are complemented by Nick Judd, keyboard player from the second line up; Toshi Ogawa on bass, and Paul Cook (from the Professionals & the Sex Pistols) on drums. Their latest album is being released in September 16. 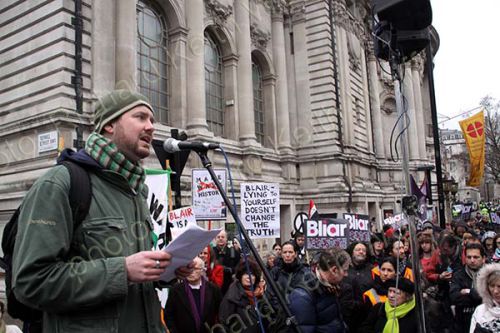