This gallery is a scrapbook from my thirty something years in the cartoon animation film industry, mostly in London, plus three years in Los Angeles. As an animation cameraman mainly, apart from making some independent films and stills work, and in the last years in related digital roles. From time to time I photographed the animation people. Additionally, some artists have graciously contributed self-portraits, and other drawings. It is in no way a methodical or a comprehensive record, as that would be more than a full time job. It’s a personal view, happenstance, various standards of photography, it’s a scrapbook not a coffee table book! RKW


"While the live-action camera is used to show what an object looks like, animated drawings are usually relied upon to explain their meaning," John Halas

"An animator is an actor with a pencil" Chuck Jones

"Good animation is not just copying life. It is CARICATURE of Life. It is Life+" Ollie Johnston

“I think that if you have a chance, if you're lucky enough to have had a little success, you should maybe try to push it a little bit,” Brad Bird


"Here's a thing for you drawing freaks; straight lines don't exist. Space and time are curved like the lens in your eyeballs. Show me a straight line and I'll show you an impostor. But what scrambles my eggs is that COLOUR is an illusion. It only exists inside our minds. On a molecular level, every single thing in the Universe is absolutely colourless. Apart from my Hawaiian boxer shorts with the parrots and the palm trees, which are pretty lurid” (FB) Vincent Woodcock


Dictionary: “ANIMATION.......noun
1 the state of being full of life or vigor; liveliness : they started talking with animation.
• chiefly archaic the state of being alive.
2 the technique of filming successive drawings or positions of puppets or models to create an illusion of movement when the movie is shown as a sequence : [as adj. ] animation techniques | animations as backdrops for live action.
• (also computer animation) the manipulation of electronic images by means of a computer in order to create moving images.
ORIGIN mid 16th cent. (in the sense ‘encouragement’ ): from Latin animatio(n-), from animare ‘instill with life’ (see animate ). Sense 1 dates from the early 19th cent.” New Oxford American Dictionary

“Humour is not a mood, but a way of looking at the world.” Wittgenstein


"Animation offers a medium of story telling and visual entertainment which can bring pleasure and information to people of all ages everywhere in the world.” Walt Disney


"It's kind of fun to do the impossible," Walt Disney

Dear Animator, Cartoon expert or enthusiast, if you see any mistakes in the text, missing names or information that could help for a better understanding of the subject, please write to the website with your information 'Contact us' see above. Thank's Richard

“Sometimes I think of myself as a little bee. I go from one area of the studio to another and gather pollen and sort of stimulate everybody.” Walt Disney

"I don't wait for inspiration. I'm not, in fact quite sure what inspiration is, but I'm sure that if it is going to turn up, my having started work is the precondition of its arrival." Quentin Blake


"People say - and I'm quite willing to believe it - that it's difficult to know oneself - but it's not easy to paint oneself either.." Vincent van Gogh in a letter to his brother Theo

"There are no lines in nature, only areas of colour, one against another"
Edouard Manet

"Remember, life is on ones." Richard Williams

Health and safety notification:
No cartoon characters or cartoonists were harmed during the filming and photography of this collection of images. 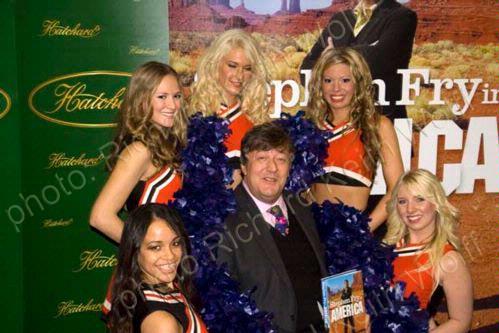